do you ever wish for more?

by The Gretchen Phillips Xperience 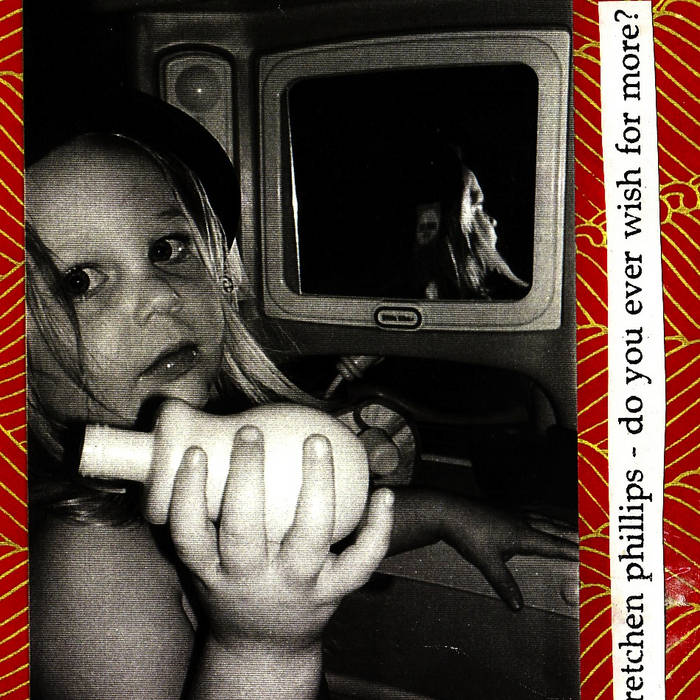 I don't know what qualities make me like or dislike a singer, but when I heard Gretchen's voice and saw Andy playing Casios in an evening gown at that party on the hill, I knew I had to murder her drummer and take his job. Fortunately he was leaving . I told Gretchen that she needed me to be her next drummer. She was slowly convinced. I love these recordings. We rehearsed a lot and never played a bad show. The politically correct, uptight '80s were over & we all just wanted to rock the fuck out and hear hilarious songs about fuckin and Satan. Hope you like these recordings . - Thor Harris

I met Gretchen in 1988 through Don E. Piper. She was in a band called Two Nice Girls. They blew my mind. Seriously. I was mesmerized by their vocal acumen and rock power. It has been my supreme pleasure to have had the opportunity to play music and sing with her. These songs capture a magical time in my life. - Jo Walston

These tracks are raw. At least, they are rawer than anything else I’ve ever released to the public. When I put out an album I usually like to ensure that everything is in tune.

But I really want to put this out even though everything is not in tune. Because I want to cash in on the Thor Harris craze. You’ve heard him in Swans, you’ve heard him in Shearwater. You’ve seen him crashing the beatables half-naked on stage. Well, back in the ‘90s, when he was just proposing the idea that he write to Michael Gira and tell him that he should be the drummer for Swans, he had already gotten a gig with me by showing up at my door and telling me he should be the drummer for The Gretchen Phillips Xperience. And I believed him. And I’m glad I did.

Thor – AKA McGyver – took the band to a whole new place, as did Jo Walston on guitar. You’ve seen Jo Walston front The Meat Purveyors. You’ve lost your heart to that sassy singer with the sexy big hands who stands up there enthralling you with the sweetest songs of loss and despair and alcoholic depression you could ever be lucky enough to hear. No one else ever made that stuff sound so good. But did you know that before Jo was in the band she was joining me on electric guitar in The Gretchen Phillips Xperience? Back in the day Jo was known for her tasty lines and her exquisite tone. What a pleasure to play with!

I am attempting to cash in on my associations with these people. I know that there are hard-core fans that dig deeply into the bins of the internet and want to hear an even fuller body of work by the musicians they love. Heck, I’m that way. Well, I present to you Thor Harris and Jo Walston quite possibly before they showed up on your radar. They were definitely well established already in the Austin Music scene by 1994 when they joined the incredible Andy Loomis and me in The Gretchen Phillips Xperience. But you fans in Denmark may not have been aware of their prodigious musical talents yet.

After my all-girl and democratically run band, Two Nice Girls, broke up, I wanted to be really bossy. I just wanted to call the shots. I wanted to top. And God bless my good fortune, I found some incredible bottoms with which to make some beautiful music.

The Gretchen Phillips Xperience rocked. I had a whole batch of post-Two Nice Girls songs back in 1993. A fresh-faced, young man came up to me after a Blaubie show where Darcee Douglas, Meg Hentges and I had just presented a set of songs that had been created by setting to music the poems that people had left in a box soliciting their submissions at the local lezzie bar, Chances. Andy Loomis approached me and said that if I were ever looking for a band mate, he would be happy to provide.

A multi-instrumentalist with a sweet, high voice, we eventually settled on a line-up of me on 1964 SG and Andy on a double-tier keyboard stand of cheap Casios, bass and drum machine. We played as a duo for quite awhile, sometimes employing more go-go dancers onstage than musicians. That was the first phase of the band. Eventually John Paul Keenon asked to join and our sound changed with the addition of live drums. That was the next phase.

Then John Paul moved to NYC and Thor came a’ knocking, literally, to offer his services pounding the skins and donning a dress. Oh yeah, that was one of our shticks. I, (and later Jo) wore a suit and the guys wore dresses. Why? Honestly, it was their idea and that just made sense back in the ‘90s. We played all the usual venues of Austin at the time and even went on a little tour of the west coast before I busted up the band in order to move by myself to San Francisco and be miserable there. Seemed like a good idea at the time.

One of our last gigs was on KUT’s Live Set with Kerthy Fix as host. Most of the tracks presented here are from that recording. Pease Park is a jambox recording from Liberty Lunch. One Proposition After Another is from UT’s student radio, (at the time called KTSB). I sold a cassette version of these recordings for a while, but then I got too self-conscience about the mistakes. I can be a control freak. But I’ve learned that being a control freak can make my life too small. I keep trying to grasp and hold onto every drop of water and it’s too much work. Why not attempt to cash in on my beloved and still fruitful relationships with these people who went on to much greater fame once I’d broken up the band and moved to San Francisco? Jo started The Meat Purveyors and Thor joined Michael Gira in Angels of Light. Once they were free of me they went on to shine internationally, putting on the great shows you’ve come to know and love.

Before that, however, we four were rehearsing upstairs in a creaky barn in East Austin that swayed in the wind. They were all being exemplary straight allies to my vision of lezzie rock. I’m not entirely sure why they did it, but I’m sure glad they did.

I got your lezzie rock right here! Since 1984, keeping it real in Austin, TX. What do I mean by "real"? Transgressive, literate, unapologetic, and unafraid. Plus fun. Don't forget fun. Even when it's sad, let's look for the fun.

Bandcamp Daily  your guide to the world of Bandcamp